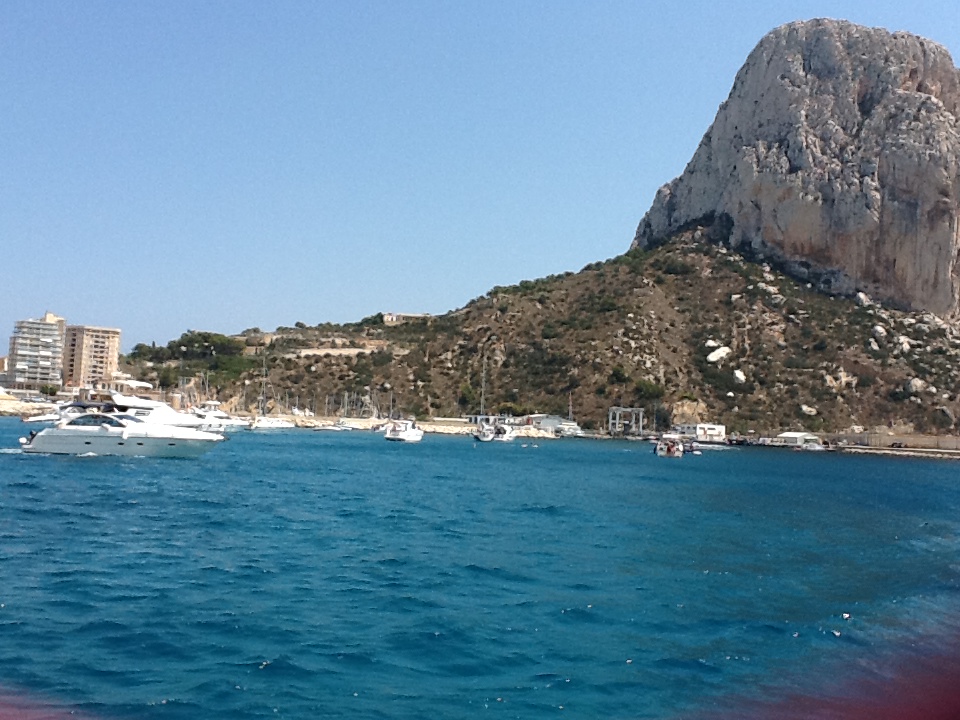 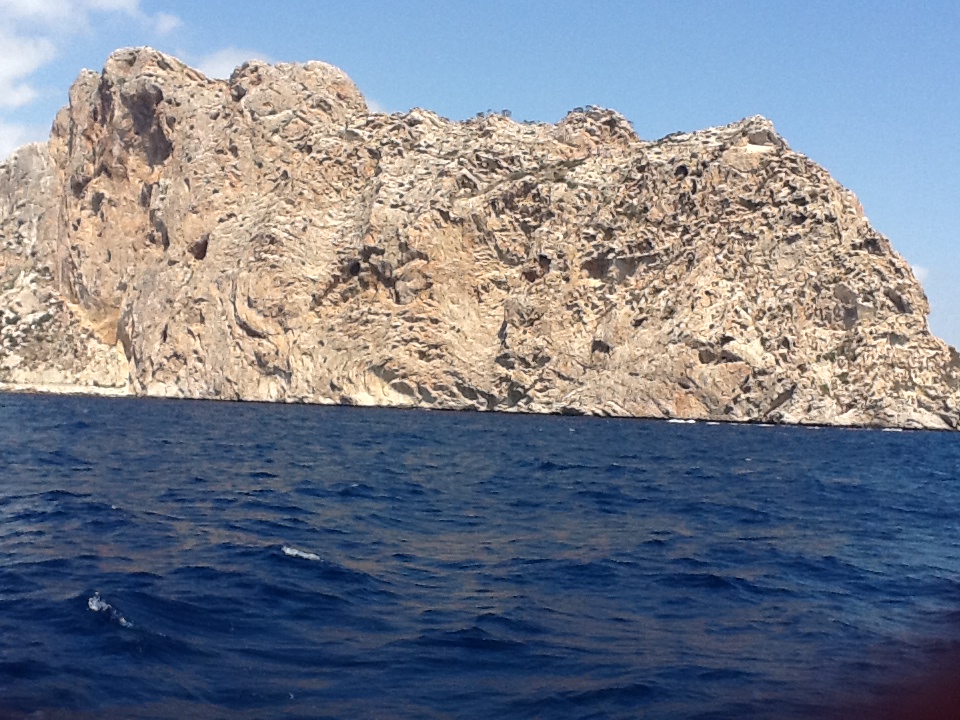 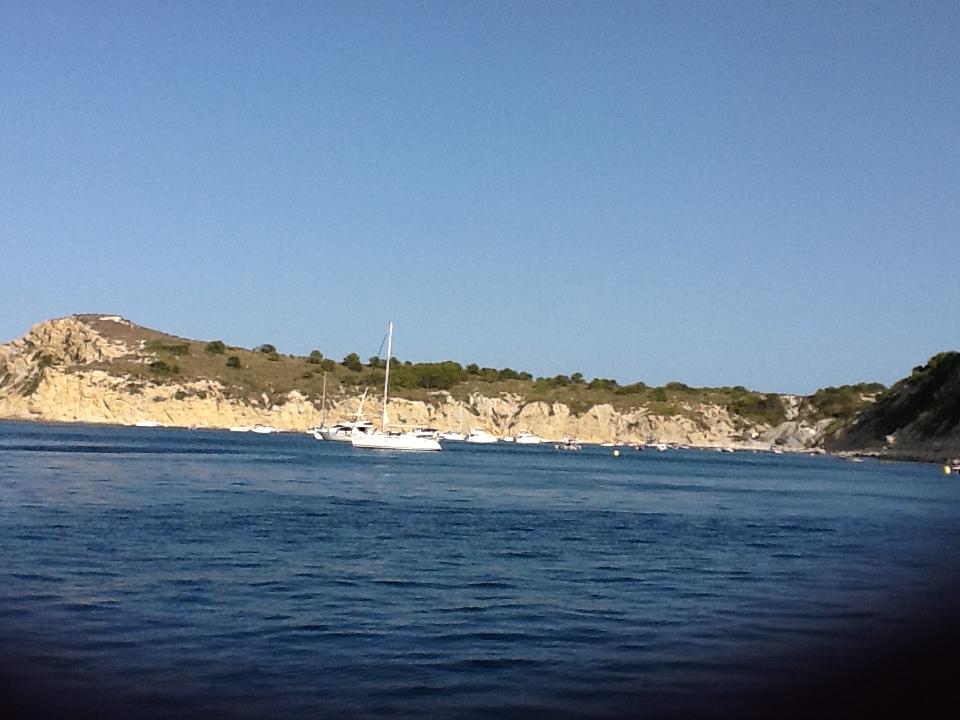 We left Cala Egos on Mallorca as planned, aiming for the east coast of Ibiza. We were rather surprised by the swell which was quite high and confused, quite unexpected given the general lack of wind to sail by! It was obvious that all the calas on the eastern coast would be open to the swell and rather uncomfortable. We decided to head for Formentera, playgound of the rich and famous, or so I am told. It also has shelter from swell from northeast round to southwest though not from any wind as we are anchored behind a narrow sand spit. Among the many very large motor yachts the Prince Abdulaziz stood out a mile, looking rather like a small cruise liner. According to the AIS it is 147 metres long and registered in Jeddah, obviously the plaything of a rich sheik or someone similar. Many of the boats here are around the 50 metre mark which makes our 13 metres look pretty small. All the small motor boats had left by the time we arrived but they'll be back again tomorrow, towing the inevitable doughnut, jet ski or some other toy to disturb the anchorage. I'm not really complaining but we could do without the noise and rock and roll caused by them. This place is idyllic and peaceful in the evenings. Subsequent research on the web showed I was nearly right. Prince Abdulaziz is the fourth largest motor yacht in the world, owned by the Saudi royal family. Another Saudi boat is here as well, somewhat smaller and older, the thirty third largest motor yacht! We have been surrounded all day by super yachts, both motor and sail, their crews and guests. We had a domestic day, cleaning and auditing stores. It's a hard life but it needed doing. It's a good job Starblazer is only 13 metres, I still have a lot to clean inside and I haven't started outside. The stores audit is important for two reasons: to find where I stuffed things and to find out exactly what I brought on board. I think John was rather surprised at some of the ingredients, now I'll have to get on and use them. We ran the generator this evening to top up the batteries so I took the opportunity to make up a batch of dough in the breadmaker. I'll cook it in the oven tomorrow so fresh bread for lunch, yumm. We had an early start, for us anyway, with engine on and anchor up at 0800. Bread is baked, the water maker ran for over an hour (over 50 litres/11gallons) and by 1120 the wind came up enough to sail. We could have sailed earlier but eta at the anchorage would have been after midnight. Ibiza is now just a hazy lump behind us. We are sad to leave the islands however since Sunday all our journeys have been westbound and will be, more or less, for the next few years! The adventure continues.