↓
Home Menu ↓
Skip to primary content
Skip to secondary content
Home - Page 34 << 1 2 … 32 33 34 35 36 >>
First of all, apologies for the typos in the last blog. My new i-pad screen seems to need a harder tap! Well that is my excuse, anyway. San Antonio has lost yet more of its charm as the Stags and Hens now seem to descend for a whole week instead of just a weekend as in 2009, or so it appeared to us. In the evening we were entertained by a very good 'Elvis' in a nearby hotel, his singing carried very clearly across the water! We went ashore for a full British breakfast, the full English didn't have bacon, and free wi-fi plus a bit of shopping. There was nothing else to keep us there so we upped anchor and headed north, to Cala Charraca, also spelt Xaracca. This is a big bay but most of it is far too deep for anchoring however we found a large patch of sand in 8 metres of crystal clear water, Nina anchored just south of us. On the headland to the northwest there is a hotel with Karaoke on Friday nights, it wasn't too loud. In the southwest corner there is a beach, a couple of substantial villas and a restaurant. That's about all there is, it was delightful. We took the dinghy into the old fishermen's harbour area and went snorkelling. The bottom was a mixture of rocky reefs, weed and sand; the fish life was equally varied. There were lots of very small, electric blue fish; a few small jellyfish, probably the luminescent type; several different species of bigger fish, some looked big enough to eat and finally, the icing on the cake, an octopus which we watched for a while. In the evening we went ashore with Steve and Lynda for dinner, the fish was cooked beautifully but the alcohol was rather expensive, never mind it was a treat! We spent a day at anchor doing various jobs then prepared the boat ready for an early departure for Mallorca. Thoughts of Ibiza: Beautiful, rocky scenery with the most amazing changes in strata. Many blissfully quiet, attractive anchorages. Some rather popular anchorages, spoilt by the 'toys' from the superyachts (very large motorboats) buzzing noisily around (RIBs and Jet Skis mainly). Clear water, except in San Antonio bay, and extremely crowded beaches just about everywhere. We only anchored in one bay which we had visIted before, and four others. Yet again, it was difficult to leave Ibiza but Mallorca and Minorca are beckoning! More soon. 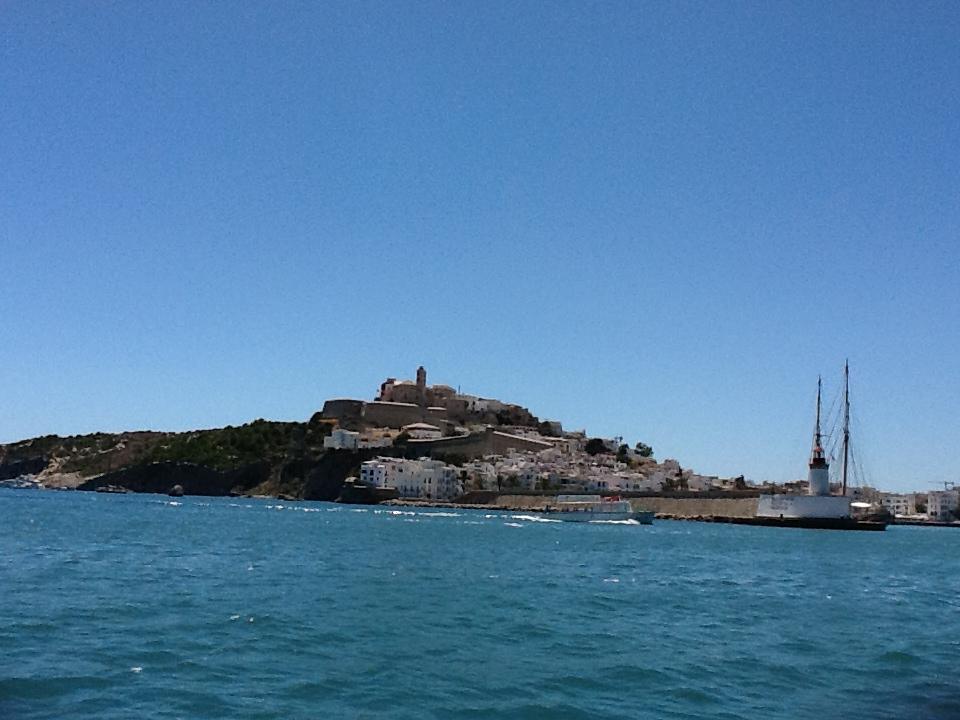 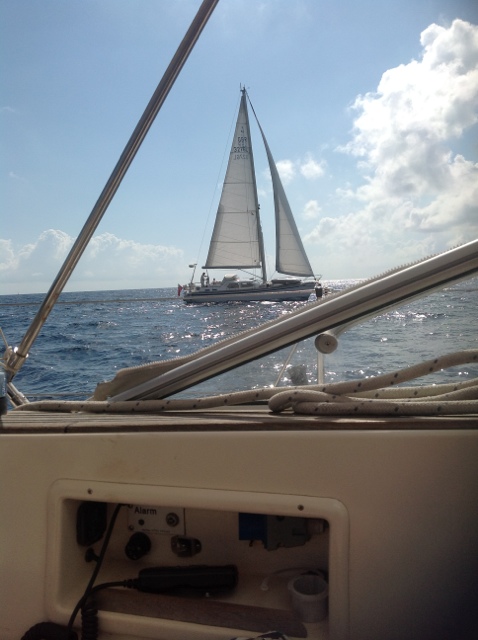